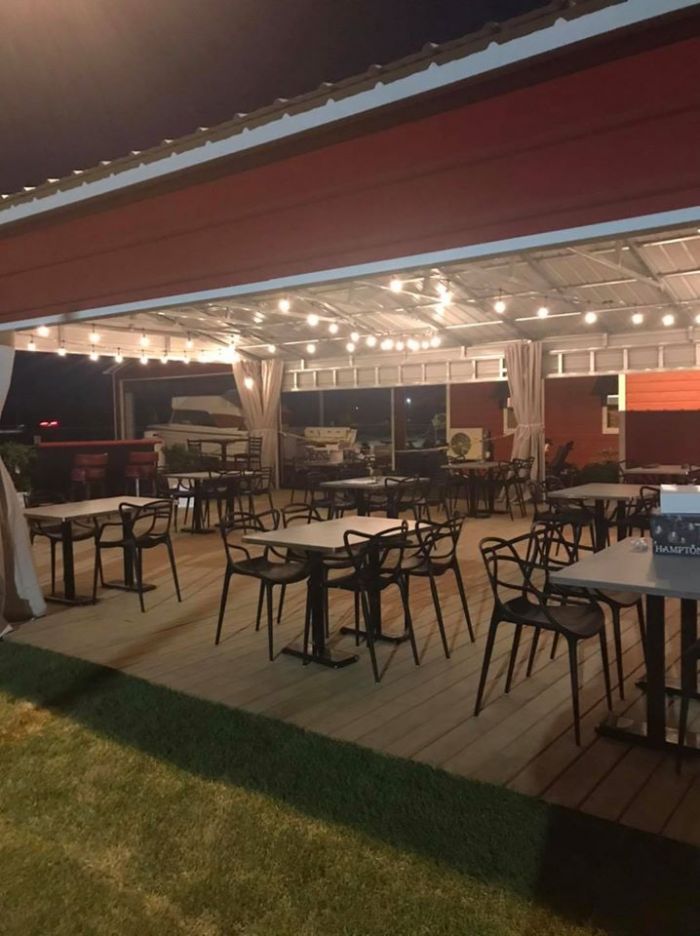 When my son Zach submitted his scholarship essay to the Greene County Historical Society on the History of Reds this past December we had no idea that the more specific theme of his essay would carry such an eerie ring to it just a few short months later. He begins the essay with this quote:  "Success is not final; failure is not fatal: It is the courage to continue that counts.¨ (Winston Churchill). He credits the "couragous entreprenuerial spirit that embodied each of the four eras of ownership" for giving Reds the esteemed title of the oldest  independently owned and operated restaurant in Greene County, in continuous operation since 1944. Zach goes on to illustrate throughout the essay that "each owner’s ability to recognize and adapt to changes in the social, economic, and political environments allowed them to progress and innovate in ways that set Reds apart from other restaurants in the region, and helped to secure the longevity of the restaurant through each transition of ownership. Every owner faced obstacles and unforeseen circumstances that impacted the business in sometimes unexpected ways, but ultimately their commitment to explore, evolve and persevere not only helped them to survive, it has helped define what Reds is today."

The events that unfolded in the world and at Reds over the next several months were totally unforseen. On March 16, 2020 we were forced to close our dining room and transition to a takeout only model, and literally did so overnight. I had the heart wrenching task of laying off all but 4 of our 26 person team, and committed to finding a way to keep the business alive not only for the history of "Reds" and our personal and financial investment in it, but even more so for the extended family that left that day suddenly and surprisingly without a job. The deep sadness and worry for our staff was a huge driving force for all of us in the weeks that followed. Somehow we managed to create a new "Reds Dining to Go" concept, rebranded all of our print and online materials to reflect it, and dug in with a core group of 6 (Joe and me, and 4 other staff members) to operate without skipping a beat. We often joked that the six of us would be bonded for life in ways we could have never imagined before, and not just because we spent so much time together, but more because of how we all worked together in a way that redefined what "essential" and "teamwork" meant, and will forever mean to me. Then in early June it was announced that outdoor dining could begin...the next day! Another juxtaposition was necessary and we rose to the challenge. By 10am the next morning we had an entire outdoor space set up in our front parking lot and began picnic table service for all who came. Interestingly though, we had already embarked on a major construction project to create a full service dining space behind the restaurant two weeks prior, but it wouldn't be ready for a few more days. So we did what we could with what we had and gave our takeout guests the ability to "dine out" even if it was still from a takeout bag at a picnic table in a parking lot. Since then we have opened our full service "Dining on the Deck" and have a new way for guests to make memories at Reds while feeling safe dining out.

This year marks the 21st year that Joe and I have owned and operated Reds. We have always played a significant role in daily operations, but since March we have poured so much of ourselves, physically, mentally and emotionally into this business. It put our endurance and commitment to the test, but in the end we discovered that we are always capable of more than even we think is possible. I've thought back to Zach's essay so many times in the last several days, remembering when he interveiwed me and asked what it was that set Joe and I apart in the history and longevity of the restaurant. At the time I was quite confident we had done our part, just like the other three sets of owners who left their marks in different ways. But now I realize that the last 20 years have been a drop in the bucket compared to what we have overcome and accomplished in the last 4 months. Our guests can see the physical evidence, but we can see the heart behind it all and our memories will forever be forged by the personal transformation that occurred in this little restaurant that could.

More in this category: Prepared to Welcome You